In Loving Memory of Ronnie Muth

Ronnie Muth was born in Baltimore on September 4, 1946, he died in West Virginia on October 16, 2011. His request, instead of flowers was to have donations made to PLEASE because he was such an animal lover. He is survived by his two dogs Sydney and Tara who he called his children.

THANK YOU to our generous donors such as:

THE FAMILY AND FRIENDS OF GRISELDA DECASTRO BOLER

Click on the Paypal icon below to donate.  Our e-mail address to use is pleasefoundation@gmail.com.  Thank you!!!

The many life-saving programs at PLEASE are made possible because of your donations! PLEASE consider making a donation today. Your gift truly makes a difference to the animals. 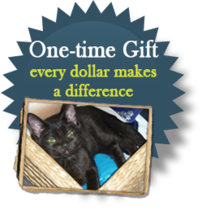 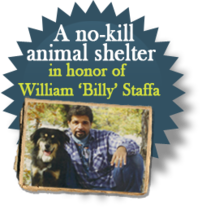 Want to Become a Member of Please Foundation?

We have several new projects that need volunteers urgently. If interested, please review our volunteer requirements.

The Next Campaign to End Hunger!

For information on how to participate, please contact us.